Coach Sexton can be reached by phone or email at 267-847-0410 or ATeamLikeNoOther@gmail.com. 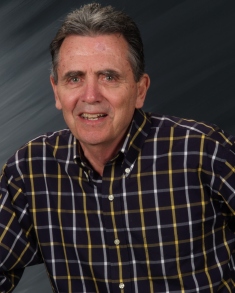 Tom Sexton was born in Philadelphia in 1939 and raised in Oaklyn, New Jersey. He graduated from Camden Catholic in 1956 and immediately entered the Marine Corps and served honorably for the next few years. Tom attended St. Jerome’s College in Kitchener, Ontario, Canada from 1959 until 1963. He then attended Villanova for one year obtaining his B.A. in philosophy. He also earned a Master’s Degree in Education from St. Joseph’s University in Philadelphia.

He started his teaching career in Pitman High School in New Jersey in 1964 and began coaching cross country in 1965. In 1966 he began teaching at Cheltenham High School where he taught English for the next thirty-five years. He also taught  a course in Educational Psychology to teachers for many years. 2016 was his 51st and final year as head coach. He now serves as a volunteer assistant.
Tom has helped many of his runners and some of his teams qualify for the state championship. His teams have won 70 percent of their meets over the past 45 years. His last two teams were undefeated in league play and his 2016 team won both the American Conference League Championship and the Suburban One Sportsmanship Award. His coaching mentor has been Track and Field Hall Of Fame Coach Tom Donnelly of Haverford College. Tom has also coached high school basketball and track and a variety of youth sports when his own children were growing up. In  addition he was a P.I.A.A. basketball referee and baseball umpire for many years. He has been involved in organized sports his entire life including four years of playing collegiate basketball.
Tom resides in Philadelphia, Pennsylvania with his wife, Marge. He has three children, Nicolle, Sean and Tom and two stepsons, Ron and Joe Silberstein. Ron died on December 25, 2015.